Noelia obtained her BSc degree in Chemistry at University of Castilla-La Mancha, Ciudad Real, Spain (2007). Noelia achieved a fellowship to perform a project in the research labs from Ciudad Real during the last year of her bachelor degree. During this time, Noelia optimized chemical functionalization strategies of carbon nanostructures using microwave irradiation. She was awarded a PhD studentship (Junta de Comunidades de Castilla-La Mancha, Spain) to undertake her PhD studies in Organic Chemistry at the Department of Biochemistry, Inorganic and Organic Chemistry, University of Castilla-La Mancha, Ciudad Real (supervisor: Prof. Ester Vazquez). Her doctoral research was focused on modification of carbon nanostructures using novel techniques such as mechanochemistry and microwave irradiation with the aim of improving the water dispersibility of the new derivatives in order to apply them in materials and biomedicine. During her PhD, Noelia was awarded two PhD short-term stay fellowships (Junta de Comunidades de Castilla-La Mancha and Ministerio de Educacion y Ciencia, Spain), which allowed her to perform two scientific visits at the Department of Pharmaceutical Sciences, University of Trieste, Italy (Prof. M Prato) (2009) and at the Department of Chemistry and Pharmacy, University of Erlangen-Nuremberg, Germany (Prof. DM Guldi) (2010). Noelia has worked with a range of carbon-based nanomaterials such as fullerenes, carbon nanotubes and carbon nanohorns. During her Ph.D., she strongly collaborated with the Spin-off Company NanoDrugs SL. This collaboration led to two European PCT patents. She obtained her Ph.D. Degree on January 2012 with the highest qualification. Noelia is currently a research associate at the Institute of Pharmaceutical Science in King’s College London working on the synthesis and characterization of novel nanomaterials for the purpose of drug delivery. 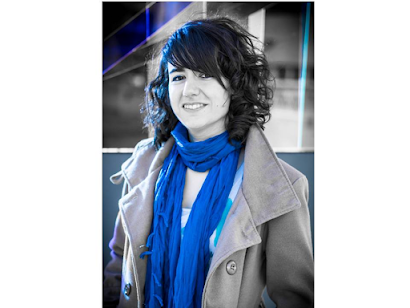