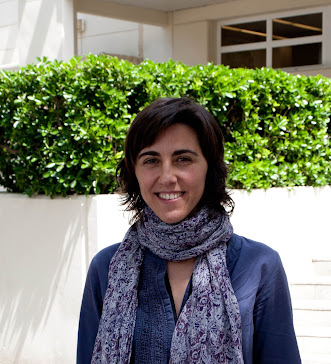 Prof. Ester Vázquez Fernández-Pacheco obtained her PhD degree from the University of Castilla-la Mancha (UCLM) in 2000. She performed her doctoral research mainly in the Microwave and Sustainable Chemistry group of UCLM, working on microwave-assisted organic reactions in dry media. She also spent a few months at the University of Zaragoza, studying silica-supported Lewis acids for catalysis and at the Karolinska Institute in Stockholm, working on microwave applications in radiolabelling tracers for positron emission tomography. After finishing her PhD, she carried out her postdoctoral training in Trieste, Italy, working on biological applications of fullerenes and new fullerenes derivatives in the group of Professor Maurizio Prato, in the frame of a European Research Training Network. She then joined the Faculty of Chemistry at UCLM in 2001, completing other short stays in Trieste in 2002 and 2003. She was promoted to associate professor in 2010.

Over the past 10 years Professor Vázquez has focused her research efforts on the functionalization and purification of carbon nanostructures using non conventional methodologies, demonstrating how scaling-up of the modified carbon nanostructures is possible using green protocols. Her group uses microwave radiations for the activation of carbon nanostructures in solvent-free conditions, preparing multifunctional derivatives that can serve as versatile synthons in materials science and biological applications. She has also applied ball milling methodologies in dry media to shorten and functionalize carbon nanotubes, and recently, for the exfoliation of graphene. In 2009 she received the “Ibn Wafid de Toledo“Price for young researchers of Castilla-La Mancha.