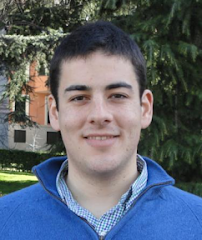 In  September 1st 2012, he joined the group of Prof. Dr. Ángel Díaz Ortiz and Dra. Pilar Prieto Núñez-Polo, as part of the project “Design and development of a monitoring system of reactions in continuous flow through microwave assisted NMR microcoils”.

In January 2013, he started a PhD program titled “Use of Nanotechnology to fight against climate change”. The research activity is being conducted under the responsibility of María Antonia Herrero Chamorro and financed by Iberdrola Foundation founds.